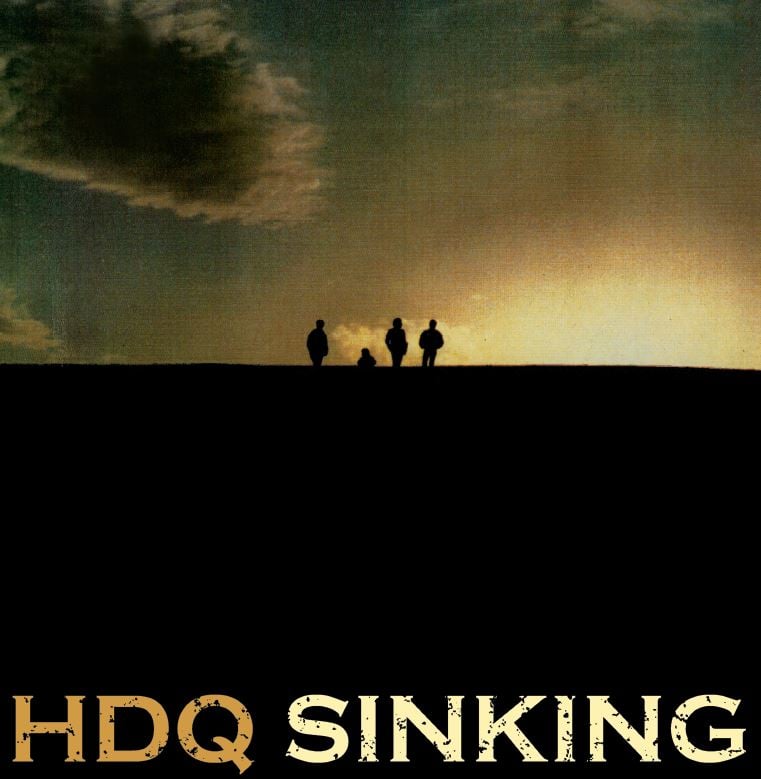 The latest release on the Boss Tuneage Retro Series is the first expanded vinyl release by the UK Hardcore Punk legends that are H.D.Q.

As many of you know, the band was centred around the guitar genius of the late great Dickie Hammond, and coming up to two years since his passing we have been working with existing band members to embellish on the CD reissues we did and make these the absolute best tributes we can to the great man!

We start off with their classic second full album, "SINKING" released originally in 1989. This is to my mind in the top 10 of best albums released by a UK punk band ever, and is the sound of the band firing on all cylinders!

Here the 14 track album is accompanied by a second vinyl album containing a further 13 tracks from sessions, demos and comps of which 11 have never been released on vinyl format before.

We also have a mailorder only special of the first 100 on coloured vinyl , on a strictly first come, first served basis!

Watch out for two further HDQ double vinyl reissues over the next few months!