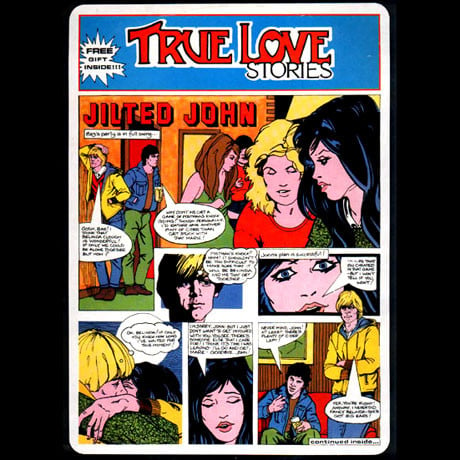 Fast forward to 2018, and to co-incide with a JILTED JOHN 40th anniversary tour, here is a rather special 40th Anniversary Edition of not only the classic album, which has been out of print on vinyl for over 35 years, but also the legendary 7” single included complete in picture sleeve as per the original Rabid Records release back in 1978!. The package also includes new liner notes from Graham Fellows, and a replica of the original “Mice And Ladders” board that featured in the very initial pressing, and collectors have been searching high and low for in copies for the past 40 years!

This album is an essential part of the UK punk and new wave history, and its fantastic to be able to make this available again on vinyl, with the classic single as a bonus to boot!

B1. THE PAPERBOY SONG
B2. TRUE LOVE
B3. IN THE BUS SHELTER
B4. KAREN'S LETTER
B5. SHIRLEY
B6. GOODBYE KAREN