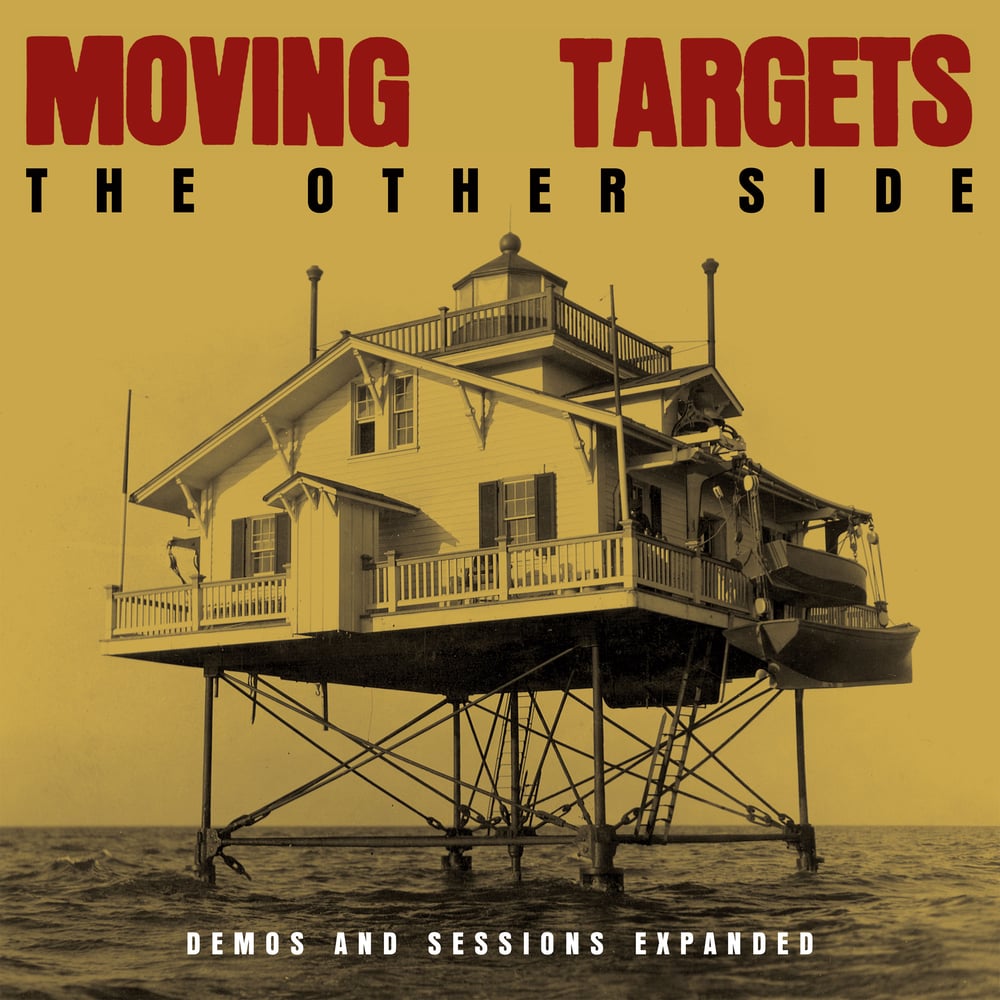 MOVING TARGETS - THE OTHER SIDE : DEMOS AND SESSIONS EXPANDED Double LP with T Shirt Offer!

***THIS IS A PRE ORDER ITEM! VINYL AND SHIRTS ARE IN PRODUCTION NOW AND IS ESTIMATED TO SHIP EARLY IN SEPTEMBER**

Released to coincide with MOVING TARGETS first European tour in 25 years, “THE OTHER SIDE : DEMOS AND SESSIONS EXPANDED” does what it says on the tin – an expanded version of the “Made To Order” mail order only release put out by Boss Tuneage in 2016 which has become highly sought after since – the announcement of the tour made it the ideal time to do an expanded version of that original release, after having numerous requests - so is now available as a double vinyl LP including the entire 2007 radio session for the first time. A brilliant collection of rare recordings selected by Kenny Chambers and the perfect accompaniment to the bands classic late 80s/early 90s albums for the Taang label.

There is a special mail order only coloured vinyl version only available directly from Boss Tuneage, which is strictly limited to the first 200 orders on a first come, first served basis.

You can also order via this page your vinyl with a classic MOVING TARGETS T shirt design in the size of your choice at a reduced price than ordering the T Shirt separately - scroll down to find your vinyl colour / T shirt size option of your choice!

Also includes a CD in PVC Wallet of all 26 tracks