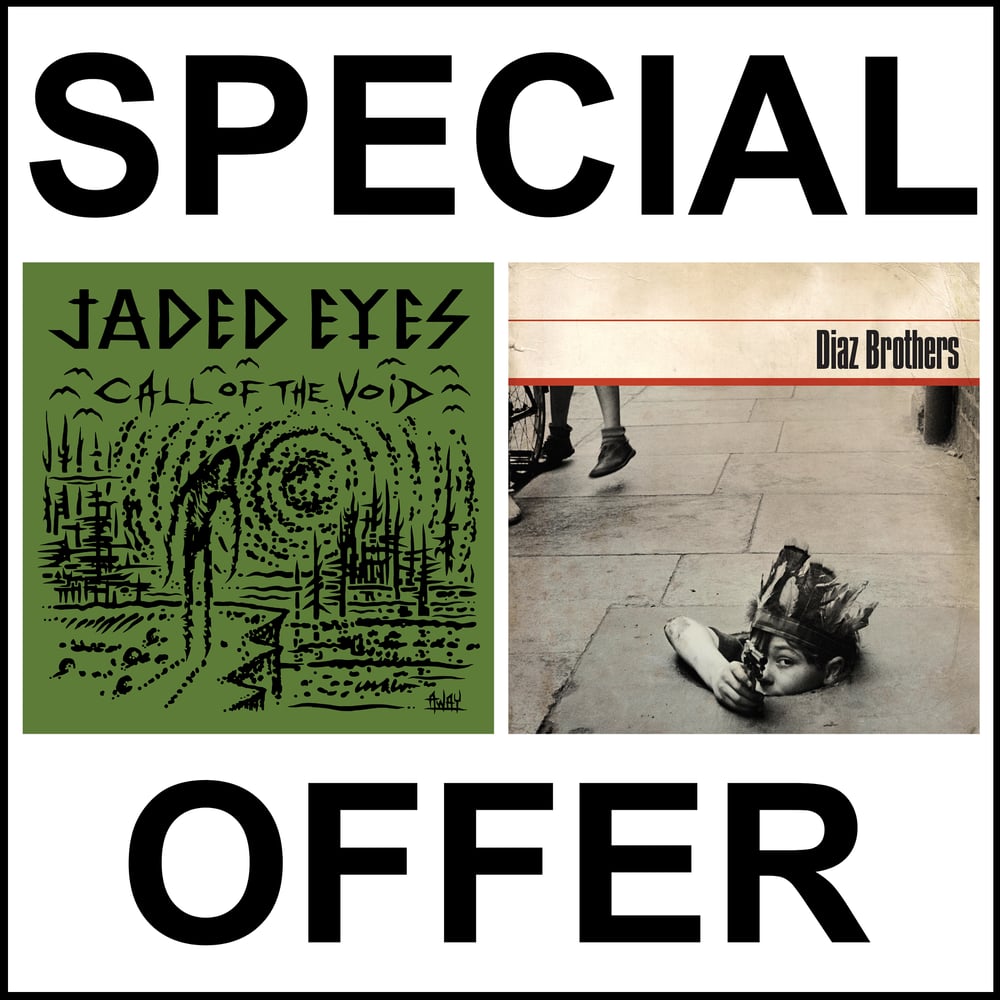 by Jaded Eyes and Diaz Brothers

The long awaited third album by JADED EYES and the brand new debut by DIAZ BROTHERS!

Special Offer for both coloured vinyl LPs (mailorder only, limited to 150 copies each) when purchased together, with an overall saving of £4!!

JADED EYES - CALL OF THE VOID LP
Call Of The Void” is the long awaited third album by Leeds’ JADED EYES, the follow up to 2015’s “The Eternal Sea”. Five years has seen the band come up with yet another carefully collected album, and continues to impress with a style in some ways unique to themselves, mixing a collective love of the DIschord post hardcore sounds of DAG NASTY and GOVERNMENT ISSUE and mixing them with the home grown UK guitar driven punk sounds of the likes of THE RUTS, THE DAMNED and HDQ.

With members who have been involved in the UK punk scene for years between bands such as VOORHEES, THE HORROR, JOHN HOLMES, DEAD PETS, SEX MANIACS, GEOFFREY OI!COTT and many many more, “Call Of The Void” is a brilliant , mature exercise in skilled execution, complemented by some stunning artwork from Away (VOIVOD). You need this!

A co-release with Serial Bowl Records