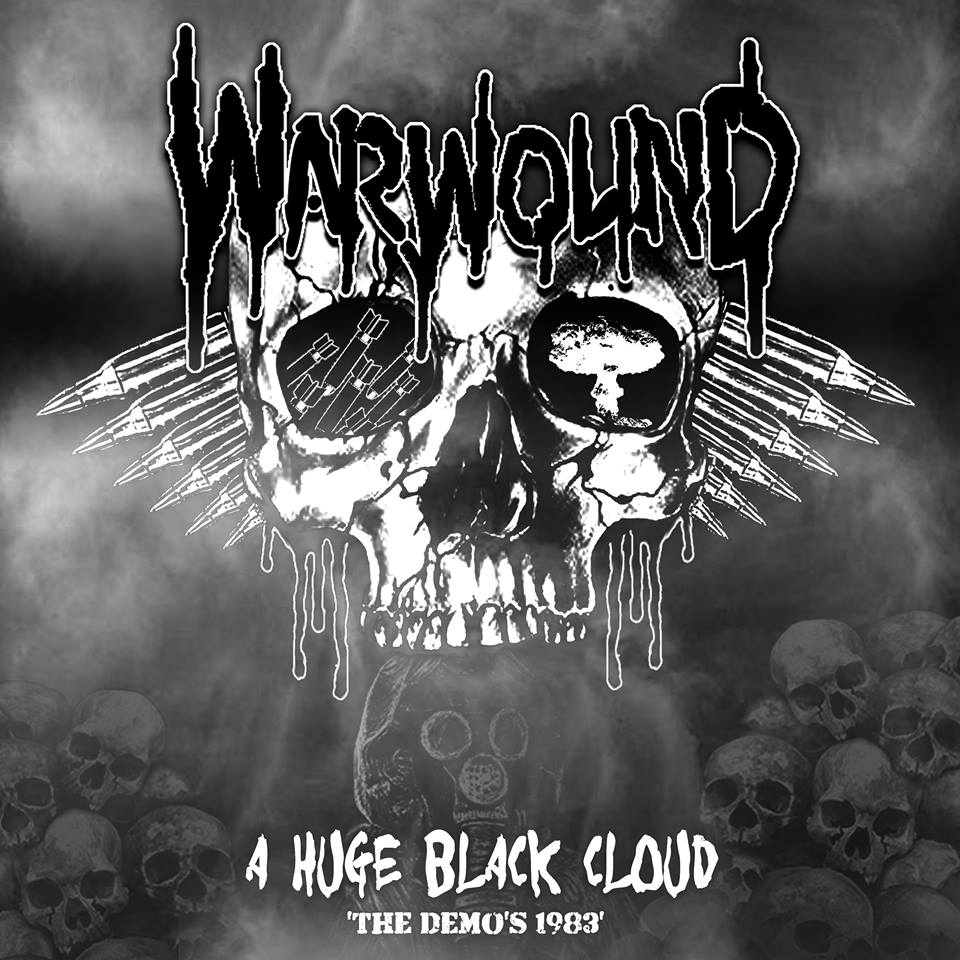 ABOUT: Dormant for nearly a third of a century, originally formed in 1982 by (then) bassist Damian Thompson & drummer Andy Baker (joined by Freaky Freeman on vox & Anarchy Mole on guitar).WARWOUND spat & cursed out three demos of 'fast, no bullshit, hardcore punk' through late 82/early 83.Heavily influenced by the sounds of the time (Discharge, Crass, Rudimentary Peni, Motorhead, Bad Brains etc) the band played a handful of gigs around the midlands area of the U.K.before in the autumn of 1983 Damian & Andy were enlisted to join the VARUKERS. WARWOUND as it was, ceased to be. During their time in the VARUKERS, the pair recorded two WARWOUND numbers which were to be featured on the classic VARUKERS album 'Another Religion, Another War'. Since that time some thirty years ago the original WARWOUND demo tapes have been copied & circulated many times through underground circles of D-beat noise enthusiasts. The emergence of Sacrilege in 1984 also added to keep interest alive in the old WARWOUND material. Finally now, these hugely influential recordings (25 tracks, 15 songs in various versions) are made commercially available for the first time, to co-incide with a brand new version of the band (featuring orginal member Damian Thompson alongside past and present members of VARUKERS, DISCHARGE, STAMPING GROUND, DECADENCE WITHIN , SACRILEGE and others) who have a new album and gigs planned for later this year. A must for all lovers of D-Beat Hardcore Punk !!