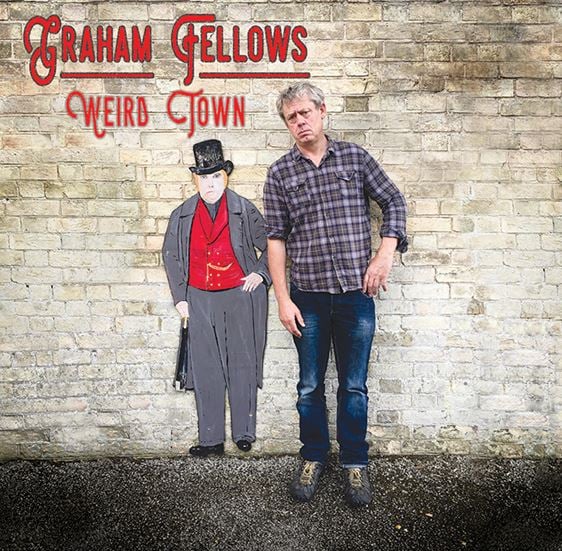 **THIS IS A PRE ORDER ITEM! CD IS IN PRODUCTION NOW AND WILL SHIP LATE JANUARY**

GRAHAM FELLOWS is best known for his two comic character creations – JILTED JOHN, and JOHN SHUTTLEWORTH. Between the 2 Johns, Graham produced a finely crafted indie pop LP “Love At The Hacienda” in 1985. Now, a mere 33 years later, he releases his second solo album “Weird Town” – a collection of Graham’s thoughtful, funny and wise ditties , as you would expect from the man who wrote, according to The Independent “the finest lyrics known to man”
The release of “Weird Town” also co-incides with Graham’s first ever solo tour, cleverly entitled “Completely Out Of Character” which runs throughout February and into March.