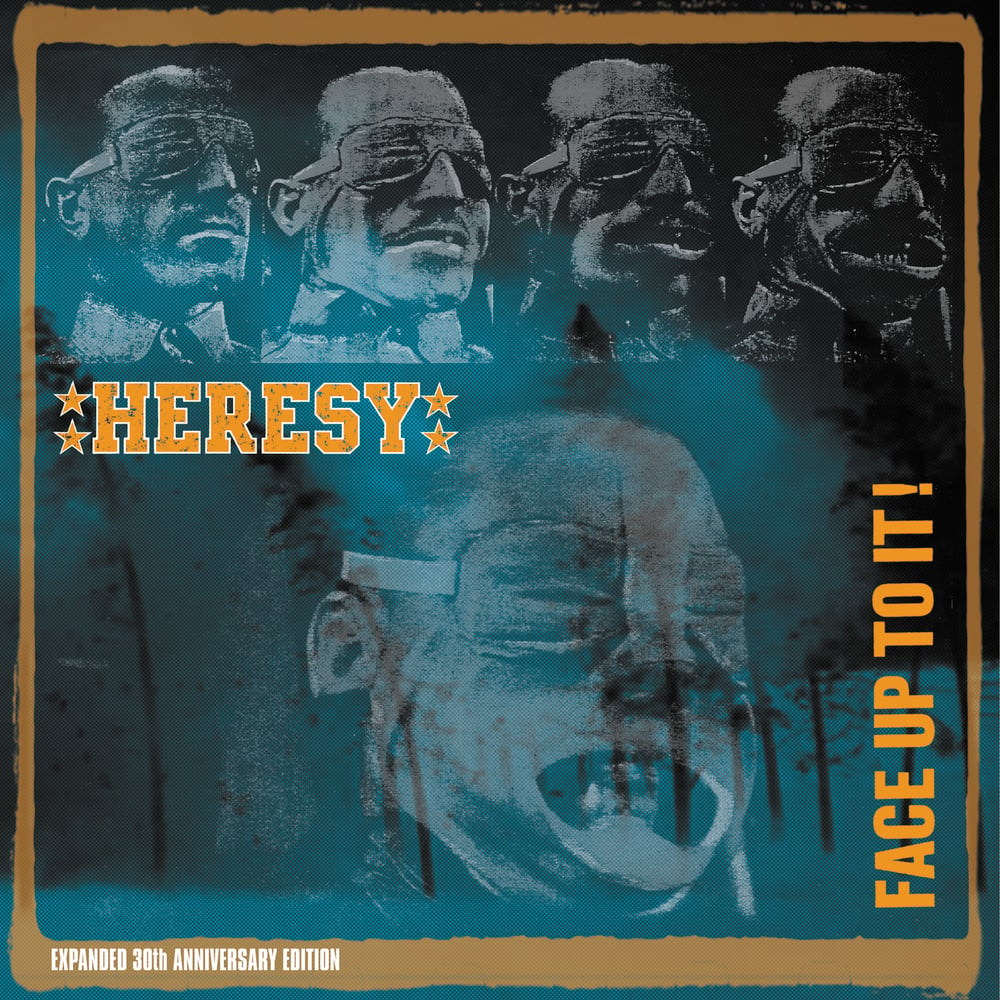 BACK BY POPULAR DEMAND AFTER GOING OUT OF STOCK DUE TO PRESSING PLANT DELAYS!

If you mention HERESY's "FACE UP TO IT!" album many people will tell you what a great album it was, let down by horrendous production. Then, 30 years since it was recorded, the band undertook a mammoth project to make the album finally sound how they had envisaged

To say that the results were remarkable would be an understatement and have exceeded the bands own expectations - turns out underneath the muddy production there was a phenomenal album just waiting to get out!

So we proudly present FACE UP TO IT! sounding as the band hoped it would in 1988! And because its a special release, we have gone to town on the packaging! Three Sided Vinyl LP (the original album plus one sided 12") Packaged in gatefold sleeve, with additional insert and a CD in PVC wallet of all tracks! Featuring liner notes from all band members.

01 CONSUME
02 FACE UP TO IT!
03 BELIEF
04 FLOWERS IN CONCRETE
05 TOO CLOSE TO HOME
06 NETWORK OF FRIENDS
07 WHEN UNITY BECOMES SOLIDARITY
08 ACCEPTANCE
09 CORNERED RAT

Also includes a CD in PVC Wallet of all 26 tracks