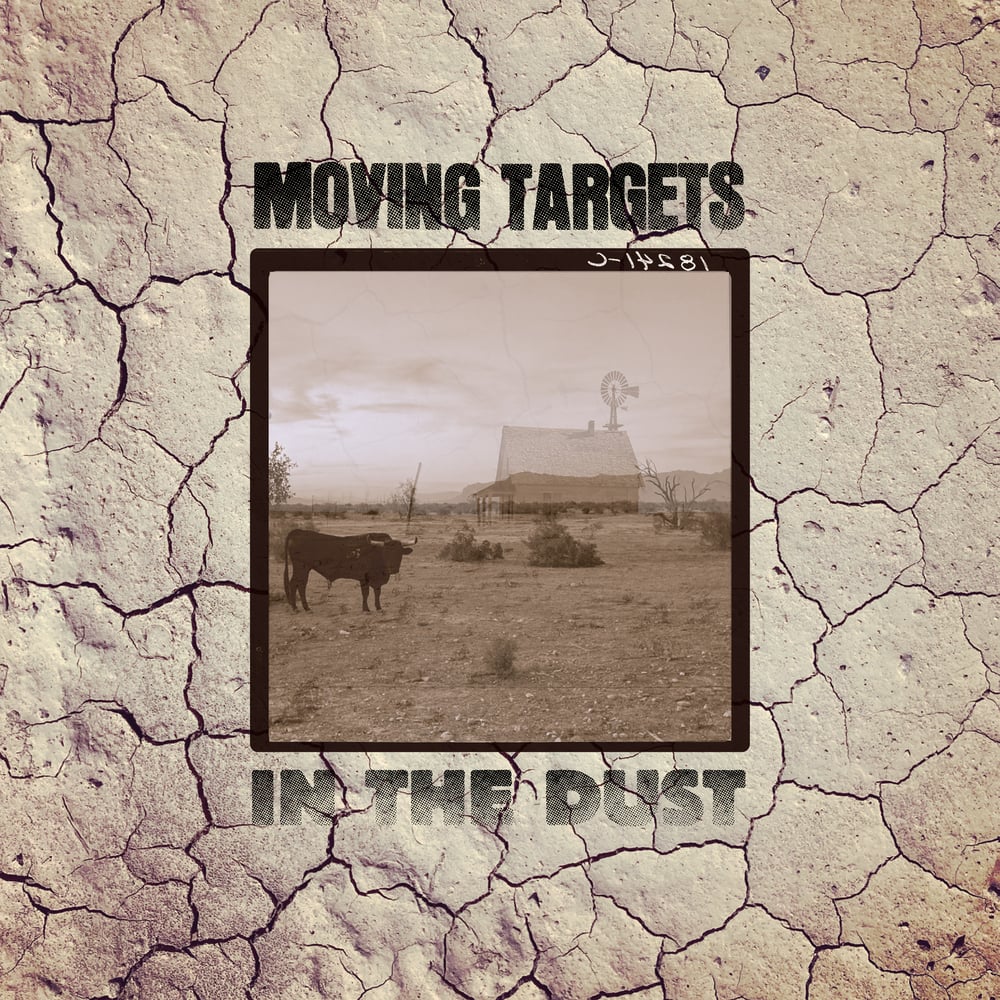 MOVING TARGETS - IN THE DUST Vinyl LP with CD Included

Following on from 2018's "Wires" LP, their first studio album in over 25 years, and follow up "Humbucker" in 2020, "IN THE DUST" is the latest highly anticipated installment in the reborn band that even a global pandemic couldn't stop , MOVING TARGETS! MT in the 21st century is a powerhouse, coupling the next-level songwriting craft of Kenny Chambers with the cast-iron rhythm section of Yves and Emilien, "IN THE DUST" is everything you would want and expect from a MOVING TARGETS record, and more. Recorded with J ROBBINS (JAWBOX) "IN THE DUST" is a classic in the making!

The album will be available in record shops from January 27th 2023 and again is a co- release with Dead Broke Records in the USA. We highly recommend due to the new postal rates that people in North America buy direct from Dead Broke. Due to serious issues with customs following Brexit, we also highly recommend people in Germany and wider mainland Europe consider ordering direct with Flight 13 due to customs issues caused since Brexshit.

Apart from a CD version available elsewhere on our webstore, we also have this vinyl version with CD in PVC wallet included, so you get the best of both worlds. In addition to that, there is a mail order only exclusive European coloured vinyl version, strictly limited to 250 copies worldwide – this version is only available through our mailorder on a first come first served basis, we also have a super limited edition package offer for all 4 colour variants of the album (3 colour variants for Boss T, Flight 13 and Dead Broke plus black vinyl)