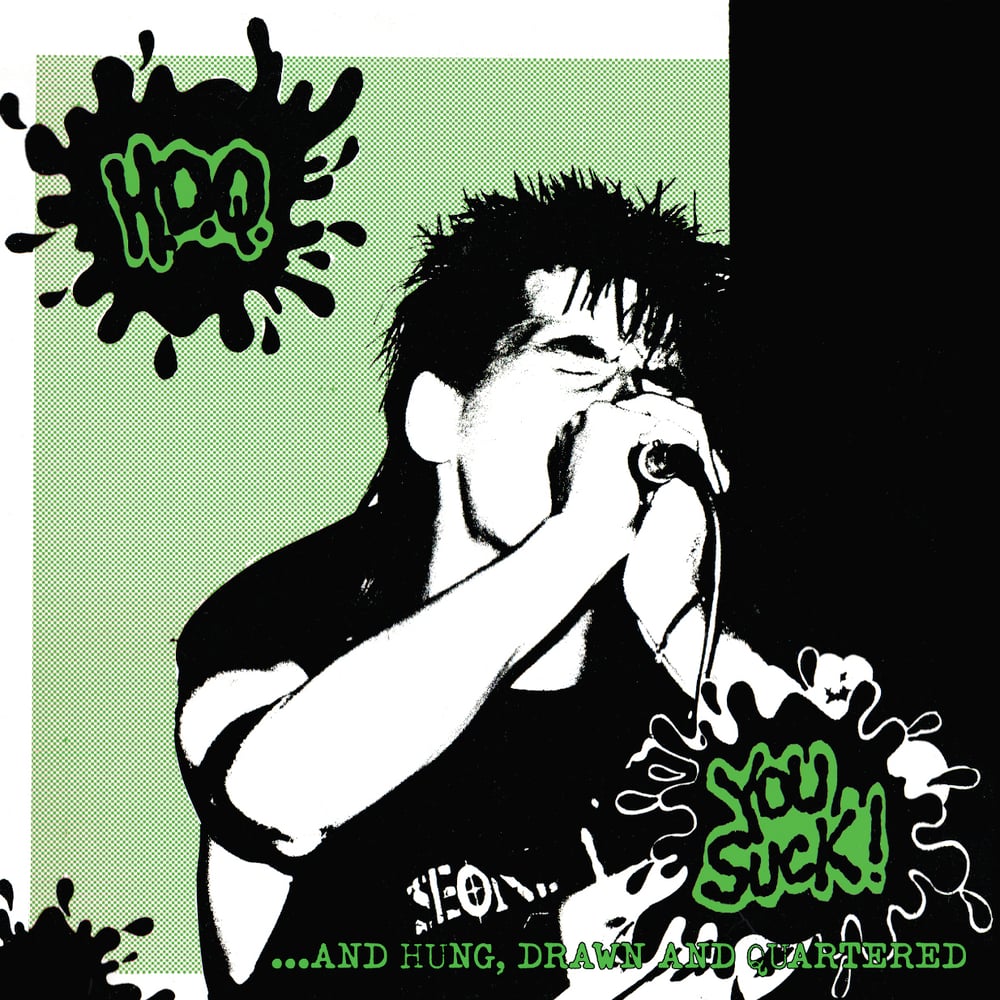 The latest release on the Boss Tuneage Retro Series is the third and final part in our trilogy of expanded vinyl releases by the UK Hardcore Punk legends that are H.D.Q.

As many of you know, the band was centred around the guitar genius of the late great Dickie Hammond, and since his passing we have been embellishing on the CD reissues we did and make these the absolute best tributes we can to the great man!

Here the original 11 track album is accompanied by a further 19 tracks including the "BELIEVE" 7" EP from 1988, two demo sessions from 1987 and 1989, and the earliest recordings of the band - the "HUNG DRAWN AND QUARTERED" 12" and "Take Control" from the "RELYING ON US" Comp 7", which featured a totally different line up and style to the later incarnations of the band.

The double LP is available on special mailorder only coloured vinyl, limited to just the first 100 copies, or standard black vinyl