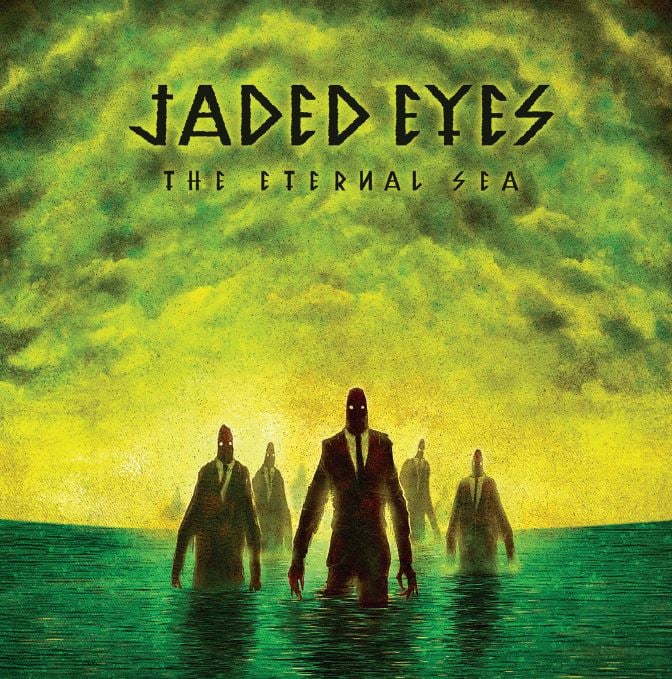 “The Eternal Sea” is the second album by Leeds’ JADED EYES, who although a relatively new band , feature members who have been active in the punk scene for many years, in bands such as VOORHEES, THE HORROR, JOHN HOLMES, DEAD PETS, SEX MANIACS, GEOFFREY OI!COTT and many many more.

Following on from their amazing live shows and killer reviews for their debut “Gods And Monsters” album back in 2013, the band have continued to impress, sharing a collective love of the Dischord sounds of the likes of DAG NASTY and GOVERNMENT ISSUE and mixing them with the home grown UK guitar driven punk sounds of the likes of THE RUTS, THE DAMNED and HDQ

"Gods And Monsters" is in my Top 10 favourites of all our releases, and with "The Eternal Sea" JADED EYES have somehow managed to surpass that, and conjur up a contender for album – (and make no mistake , this is an album, not a disparate collection of songs) - of the year already!! An album you need to own!

This is the limited edition coloured vinyl LP with CD included of all tracks because download codes are shit version, also available as a stand alone CD release