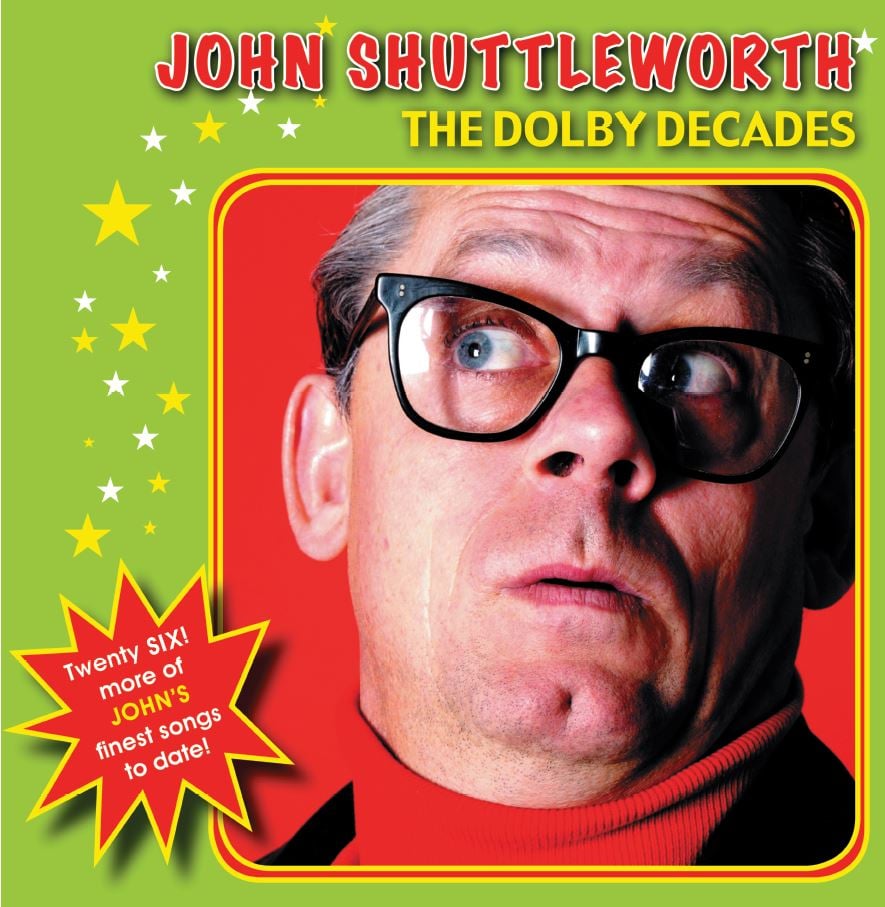 John Shuttleworth is the character created by musician Graham Fellows, who has also on occasion been known as Jilted John, best remembered for his massive hit in the seventies, Jilted John. John Shuttleworth is a completely different kettle of fish. John is a fifty-something unemployed man living in Sheffield, who is fond of DIY and writing songs on his Yamaha keyboard, which are inspired by his life.

The Dolby Decades is the follow up to The Yamaha Years. Twenty top tunes from Sheffield’s finest solo performer including: Three Men In A Van, I Can’t Go Back To Savoury Now, Two Margarines, Disaffected Youth, Mutiny Over The Bounty and Scenes From South Yorkshire. A substantial fan base for this artist will ensure the album reaches unheard of heights. Now for the first time on vinyl with six bonus tracks!