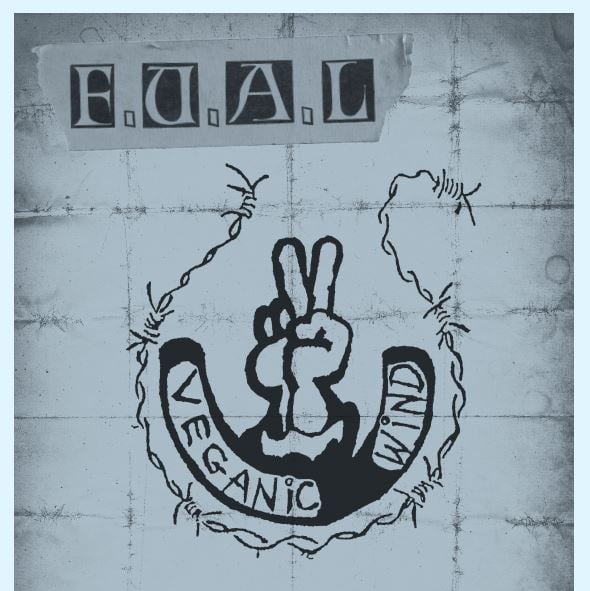 **THIS IS A LIMITED EDITION VINYL PRE ORDER FOR A "MADE TO ORDER" VINYL RELEASE. THE VINYL WILL NOT BE AVAILABLE TO ORDER AFTER OCTOBER 2nd, 2017. WE WILL ONLY BE MAKING COPIES TO THE AMOUNT OF ORDERS WE GET. THERE WILL BE NO OPPORTUNITY TO PURCHASE COPIES AT A LATER DATE, AS WE WILL NOT BE MAKING ANY ADDITIONAL COPIES !

THE VINYL WILL BE PRODUCED AFTER THE PRE ORDER ENDS, AND WE ANTICIPATE IT TAKING ABOUT 5 WEEKS FROM THEN TO ARRIVE WITH YOU.

PLEASE DO NOT ORDER ANYTHING ELSE FROM OUR WEBSTORE WHEN PRE-ORDERING THIS, PLEASE ORDER ON ITS OWN SO AS NOT TO HOLD UP THE REST OF YOUR ORDER

This is the fourth in our series of "made to order" vinyl releases we are doing, on titles that we want to see on vinyl that we do not have the funds to do a standard pressing on.

These made to order vinyl releases will be plain white label, black vinyl pressings and come with digitally printed wraparound sleeve. We anticipate between 30-100 of these being made in total, but we will only be ordering enough copies to cover pre-orders plus a copy for each band member! The pre-order cut off date is October 2nd 2017 - after that no more orders can be taken, and please note we will not have any stock to sell later on as these are made to order releases!

Due to the limited nature of these releases, the price is slightly higher to cover for the bespoke nature of the release.

If less than 30 orders are taken (the minimum amount we need to make this project work) then a full refund will happen shortly after October 2nd - but we obviously hope that won't be necessary!

To follow on from the first three installments (the Milloy LP , Moving Targets demos and sessions album and Bad Dress Sense Demos and Sessions LP) , our fourth release is the classic 1989 recordings by the Belfast based F.U.A.L. who were alongside the likes of PINK TURDS IN SPACE, SLEDGEHAMMER and PLASTIC JESUS part of the Warzone Collective and Belfast Punk Scene of the late 80s

"Veganic Wind" became an instant classic on the tape trading circuit at the time, and led to the band recording and releasing an album for Meantime Records the following year, many songs from "Veganic Wind" were re-recorded, and were later issued as part of our CD retrospective we did of the band back in 2009.

Released by Boss Tuneage in association with the band this is the only place you will be able to buy these archive recordings on vinyl!

Featuring a reproduction of the original lyric booklet that came with the demo, we have wanted to document "Veganic Wind" on vinyl for a long time, and we thought doing it via the Made To Order Series was the perfect way!

After the great success of our first three releases, please support this new Made to Order Project and we hope that we can keep this series going over the next few years!!

Please note - scan of original demo cover on this listing, actual artwork is in progress!

B1 Repetition...
B2 Suffer Little Children
B3 Crisp, Pees, Brain, Lounge
B4 ...Repetition