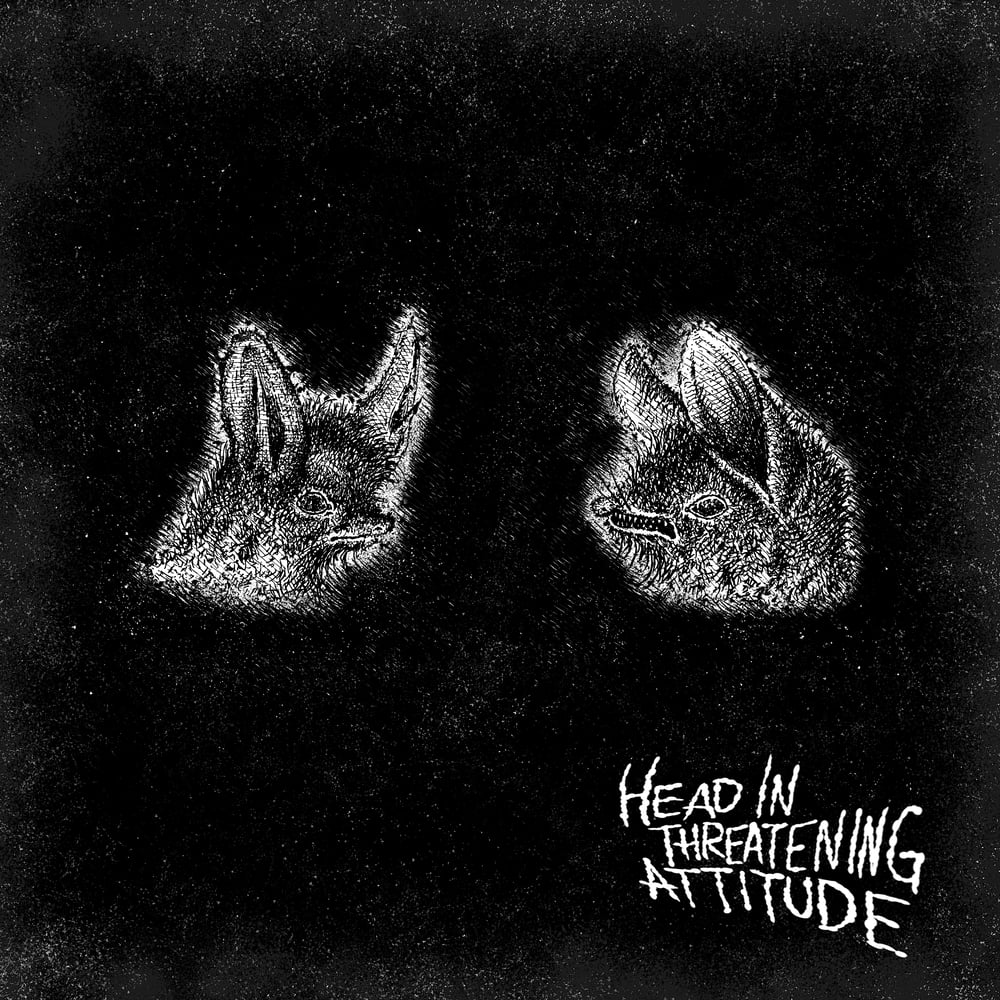 “HEAD IN THREATENING ATTITUDE” is the long awaited debut album by NATTERERS, who over the past couple of years following their demo/flexidisc and “Toxic Care” 7” have quickly imprinted themselves as one of the finest new bands on the UK hardcore punk scene.

The album, recorded in France and mastered by the legendary Geza X (producer for DEAD KENNEDYS, GERMS, WEIRDOS, MDC, BLACK FLAG and more) are the first recordings to feature the new rhythm section, last seen in VOORHEES of Rob Bewick (ex HDQ, LEATHERFACE) and DAVE ALLEN (THE HORROR, YOUNG CONSERVATIVES) who have taken the band up yet another notch when teamed up with Thomas’ angular and powerful guitar and Emma’s crushing vocals.
14 amazing tracks that imprint and see the NATTERERS sound develop, with influences from DEAD KENNEDYS, THE DAMNED, NIGHT BIRDS all present in the mix, but a sound that is distinctly NATTERERS. No nonsense Northern punk rock!

There is a mailorder only coloured vinyl version with foldover cover and zine which is limited to just 100 copies on a first come first served basis, only via mail-order from us directly, or pick it up on good old-fashioned black vinyl !