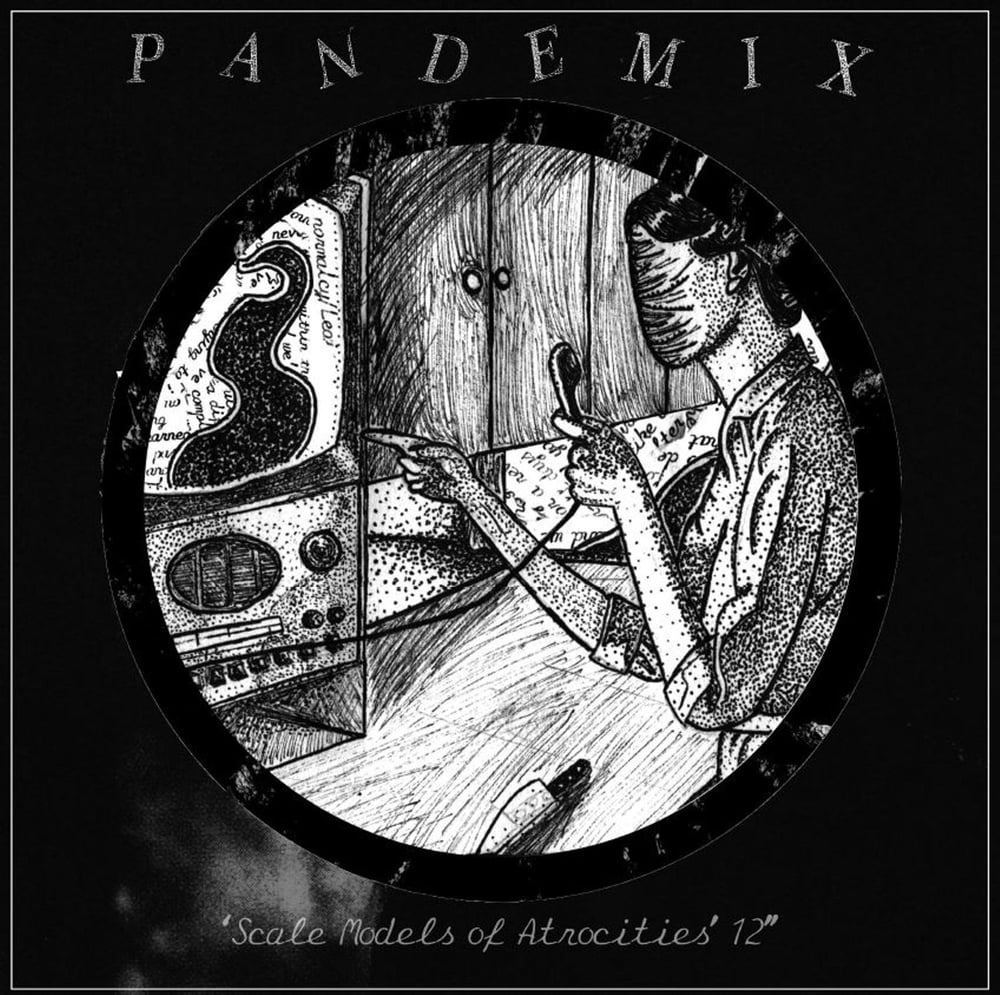 This is the one the punk underground scene has been waiting for. PANDEMIX from Boston, MA were one of the best kept secrets up until a few months ago, when their “Pathological Culture” demo spread across the punk community and immediately started to resonate with people.

Following on from the reissue of that demo as a flexi EP on Boss Tuneage sublabel Flexipunk, bringing the band out to a further circle of people, here is the hotly anticipated debut 12” release. Released to co-incide with a string of shows in the USA , “Scale Models Of Atrocities” is everything you hoped the first PANDEMIX record would sound like, but then adds on those expectations and sky rockets them. This isn’t just a debut, its an initial statement of intent for the future.

Available as a limited edition 12” vinyl with CD included of all tracks (plus two bonus songs from an upcoming 7" release) and A3 poster, or stand alone CD release.

MAILORDER SPECIAL coloured vinyl version is strictly limited to 100 copies only on a first come, first served basis so don't miss out!

Plus CD of all 10 tracks, plus 2 bonus tracks from upcoming 7"