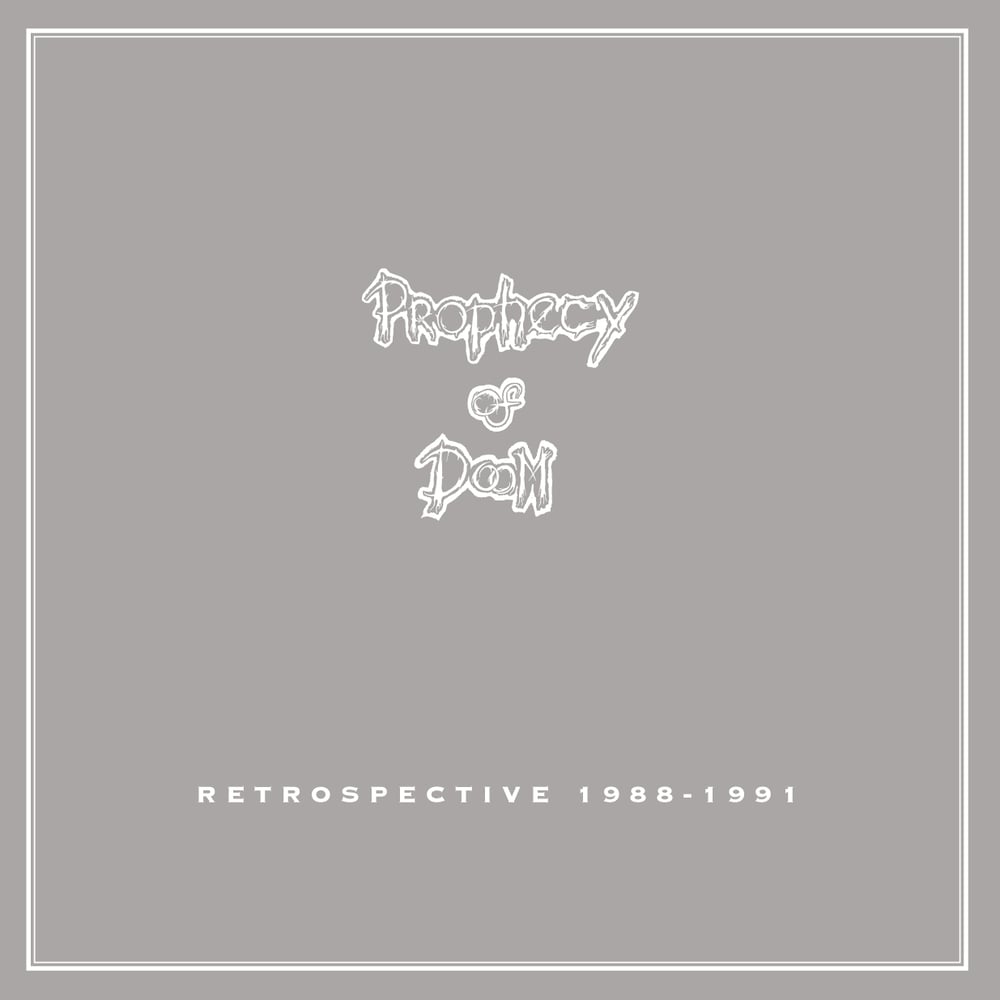 PROPHECY OF DOOM hailed from Gloucestershire and immediately made an impact on the UKHC / grind / death scene in the late 80s, becoming firm favourites of John Peel and standing out for their unique lyrics and subject matter focusing on philosophy and psychology. “Retrospective” has been released in conjunction with the band and puts together the recorded output of their initial years, including their debut LP, debut 7” single, two radio sessions and tracks from a live 7”EP release. Remastered and coupled with liner notes from the band, “Retrospective” is a must own release for all fans of the late 80s scene.
There is also an exclusive coloured vinyl version, strictly limited to the first 200 copies only available directly from Boss Tuneage whilst stocks last on a first come, first served basis

B1 Prophetic Believers Act.
B2 Rancid Oracle.
B3 Calculated Mind Rape.
B4 Acknowledge The Confusion Master.

Also includes a CD in PVC Wallet of all 21 tracks