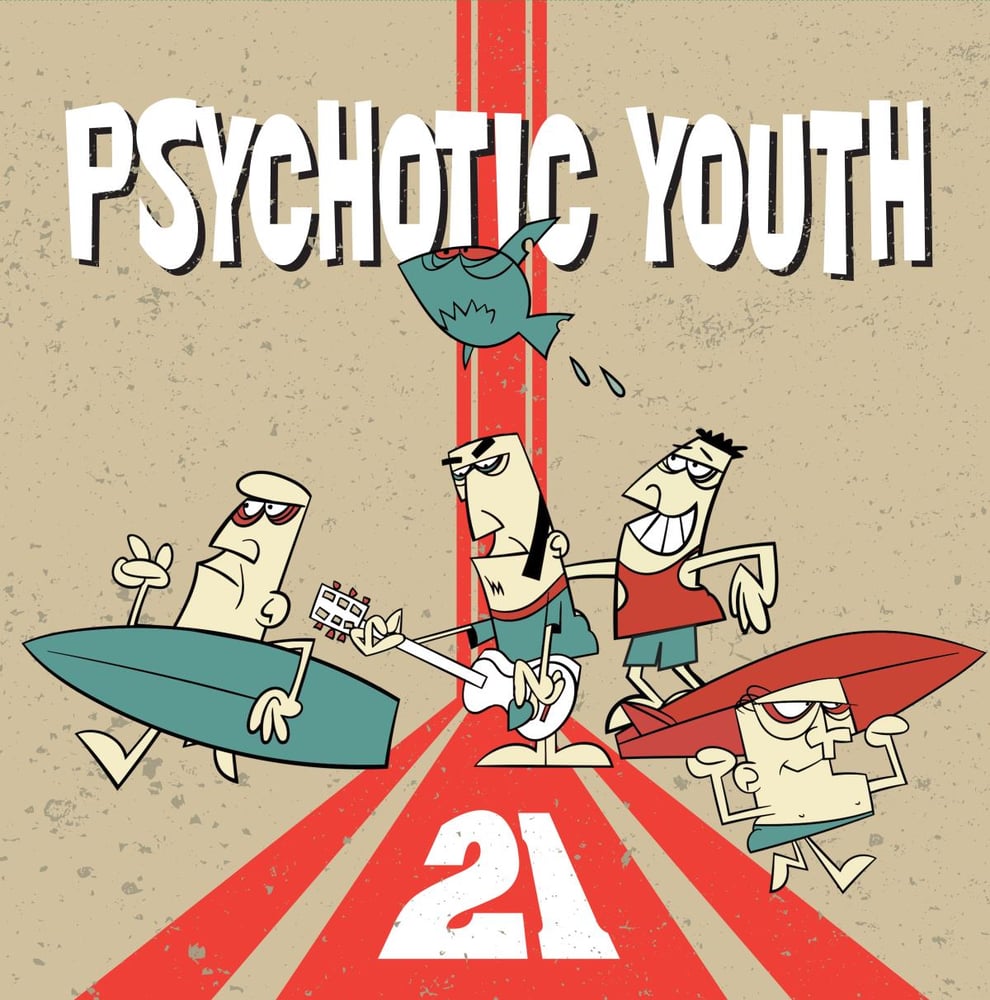 Sweden's legendary power-pop-surf-punk heroes are back with a new full-lenght album called “21”. Again, filled with super catchy guitar-driven, high energy power-pop, surf and garage-punk as well as their well-known sugary multi-layered vocal harmonies that would even make the Beach Boys jealous. The band came out of the cold, dark woods of northern Sweden in 1985 and broke internationally in 1989 with their epic album "Some Fun", soon to be followed by numerous albums and concerts. Hits like "Elevator Girl" and the bands re-run of "Japanese Boy" stirred a lot of attention all over the world. But it all came to an end in 1999 as it was simply not fun anymore. in 2016, they toured around Japan, the tour went so much better than they expected! Since then they decided to start playing again, and released a perfect come back album "The Voice of Summer" in 2017. Psychotic Youth deliver REAL POWER-POP, with the word power written in capital letters. Putting together the essential ingrediences of the music of the Ramones, the Plimsouls and the Ohio Express, the 6t's and the 7t's, bubblegum and punk, pop and rock'n'roll, just to create their very own sound, which influenced so many bands ever since. So if you dig extremely catchy pop-music with a fat, rockin' guitar sound, well executed vocal-lines, ridin'-on-the-waves drums and a crunchy punk feel to it, the music of the Yum Yums, Paul Collins Beat and the Kurt Baker Combo, this one's a true must have for you!!!