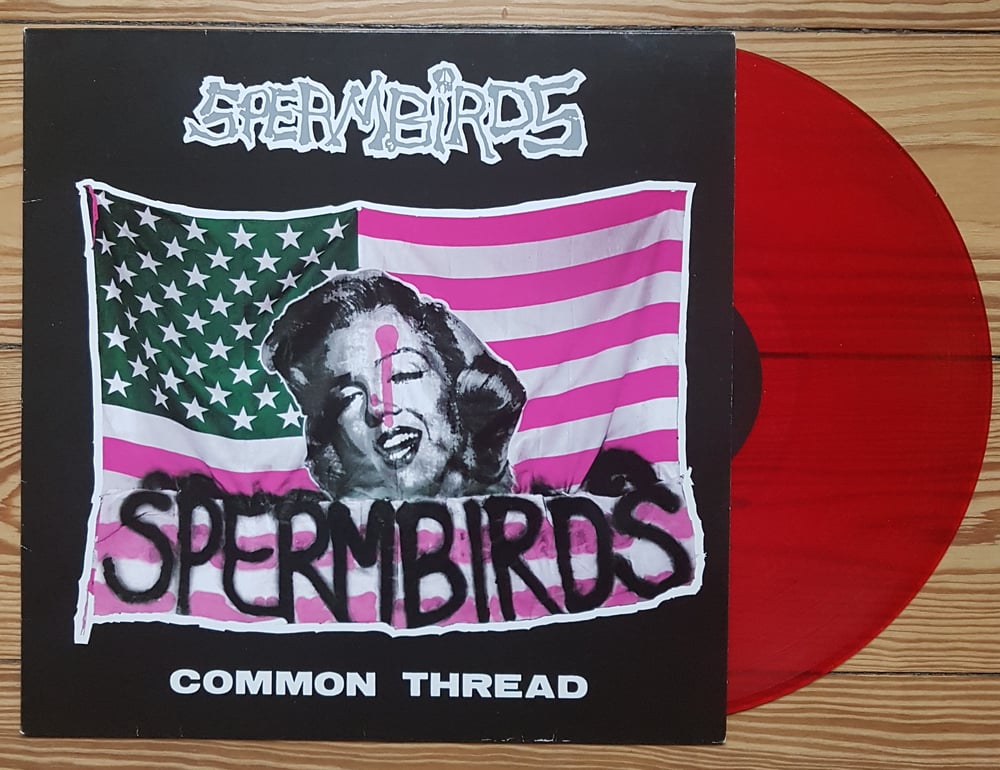 For more than 30 years the Spermbirds have been one of the most important bands of the European Hardcore and Punk Scene. Their debut LP “Something to Prove” with punk classics like “My God rides a Skateboard” or “Try again” made the four Germans and US-born singer Lee Hollis a cult band in the European scene of the eighties. Various tours through Germany and Europe increased their international reputation as a hard working, sweaty, mind blowing live act. In early 2019 the Spermbirds returned to the studio to record their ninth studio album “Go To Hell Then Turn Left” which has been met with great critical acclaim!

Now , the bands classic album from 1990, "COMMON THREAD" is finally back in print on vinyl. This reissue contains the ten original LP tracks, including the classic tracks "Melt The Ice" , "Only A Phase" , and "Truth Of Today" amongst others but as an extra bonus, three additional tracks (Hiding, Dangers of Thinking, I Might Kill You), first time on vinyl ever, having previously only been available originally as CD Bonus tracks

All songs remastered by Andi Jung in Berlin, and the art work got reproduced by Oli & Horst @Kreativfeld, as all lithos/films were gone for years. Coming with printed inner sleeve and lyrics.
In Germany / Austria / Switzerland, please order from Rookie Records

Please note - Boss Tuneage is only carrying mailorder only, this will not be available from us via record stores, and we will be only carrying limited stock after this pre-order finishes, so order now to avoid disappointment!