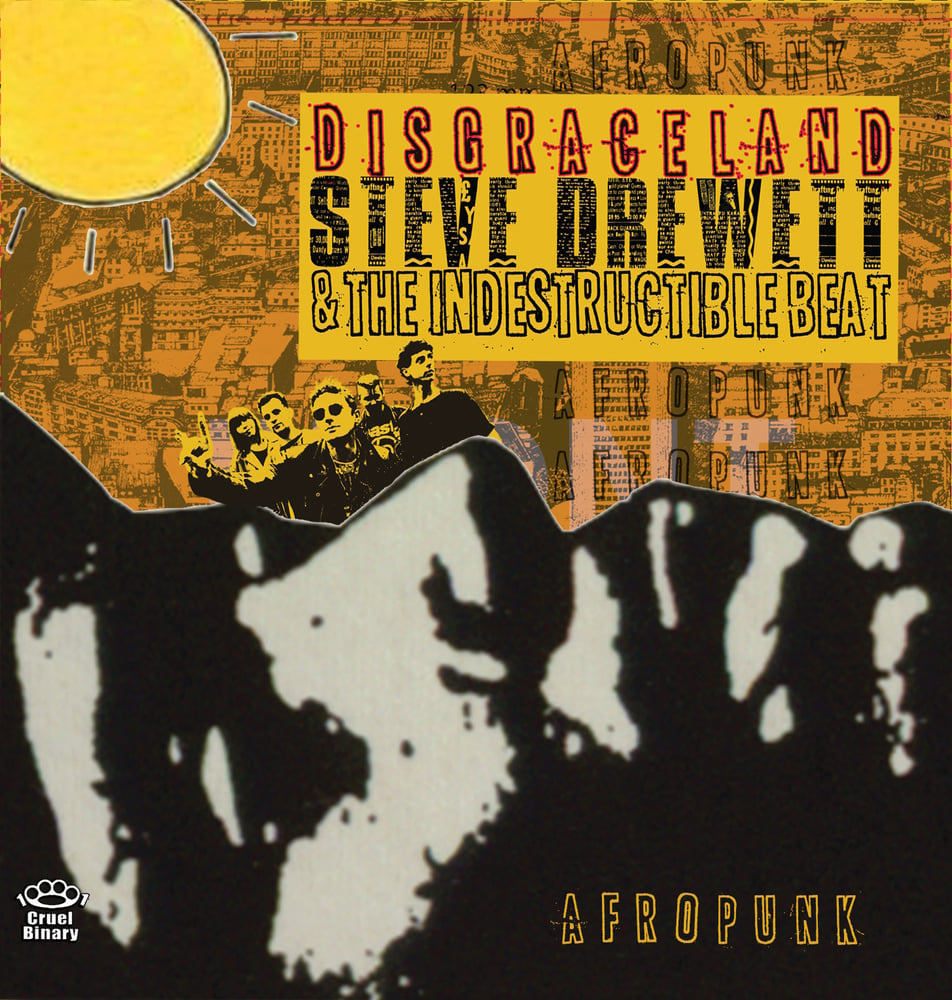 Originally released in 1993 in cassette format, and briefly on download in 2000, Disgraceland is once again available enhanced and remastered on CD and available for streaming and download from all major vendors. The Indestructible Beat (taking it’s name from the album ‘The Indestructible Beat of Soweto” on Earthworks International 1985) and along with it, the musical genre ‘Afro-punk’, was created by Steve Drewett in 1990 (long before the James Spooner film ‘Afro Punk’ in 2003, that inspired the Brooklyn Festival of the same name in 2005.) He had just called it a day with his punk band the ‘Newtown Neurotics’ (1988, Reformed in 2005), a combo he had spent the Eighties fronting, producing eight classic singles and four classic albums. Trying to decide where to go from there, Steve avoided the formation of a Newtown Neurotics type 2 by sticking to the original spirit of punk which demanded constant creativity, of pushing barriers, of challenging pre-conceptions. He wanted the next band he formed to be different, very different, but still within the framework of punks’ ‘concise excitement’. Disgraceland was the result, 13 tracks of early Afro-Punk that demanded to be heard and now for the first time they can!

1. Thinking About You
2. Best Of Both Worlds
3. Little Miss Indecision
4. Capitol Radio
5. Something Kinda Critical
6. Disgraceland
7. No No No
8. I Can Rise
9. Take My Advice
10. Real Pornography
11. Scum Class Tourist
12. When The Oil Runs Out
13. Somethings Going On