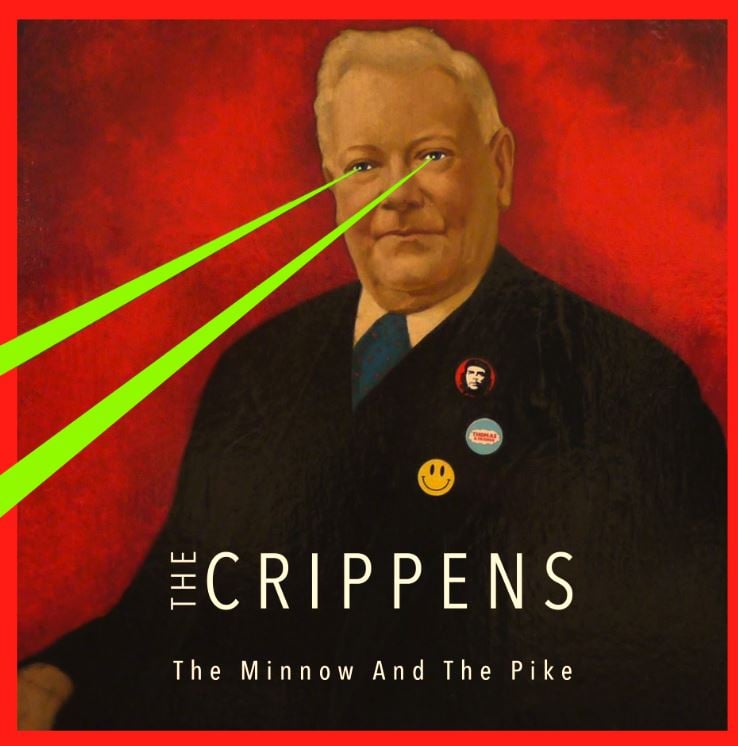 THE CRIPPENS - THE MINNOW AND THE PIKE 12" EP

“THE MINNOW AND THE PIKE” is the first release by THE CRIPPENS, who are, of course, the 21st century’s re-incarnation of late 80s UKHC punk legends DOCTOR AND THE CRIPPENS!

With their grotesque on-stage antics the band has been astounding fans old and new at shows up and down the country over the past few months with a mix of Dr and the Crippens classics and red-blooded new songs. THE CRIPPENS will play Rebellion Festival this year for the first time.

To coincide with that appearance, Boss Tuneage proudly presents “THE MINNOW AND THE PIKE” , the band’s first recording in over 25 years, on a blistering 6 track 12” EP which, like their live shows, features a mix of songs old and new!

This fantastic Limited Edition Release is available on coloured vinyl, just 100 copies on a first come first served basis, only via mail-order from us directly, or pick it up on good old-fashioned black vinyl - both with our standard heavyweight board sleeve and insert with all lyrics too so you can sing along!

A1 DOUBLE KNIT
A2 GOLDENROD
A3 THEY FROZE DISNEY