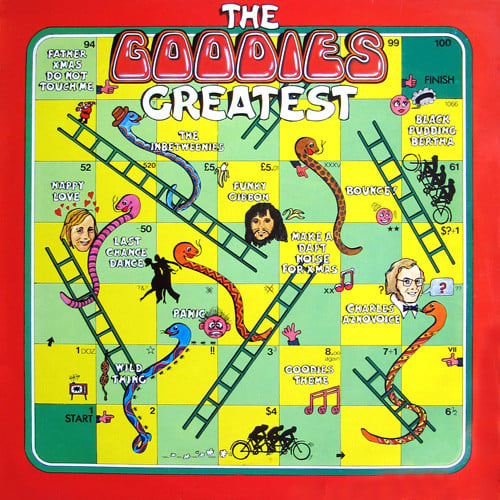 THE GOODIES need little introduction to anyone of a certain age who grew up with them! The comedy trio of Bill Oddie, Graeme Garden and Tim Brooke Taylor delighted and made children and adults alike laugh with their antics on a string of TV series throughout the 70s and into the early 80s, predominantly for the BBC, and later on, ITV.

All these hits and several other corkers, including the legendary “The Goodies Theme” tune from the TV show can be found on “GOODIES GREATEST”, the first time ever CD reissue of the GOODIES greatest hits compilation from 1976! Package with original sleeve artwork, and following on from the recent BBC boxsets of the TV shows, this is a perfect stocking filler accompaniment!