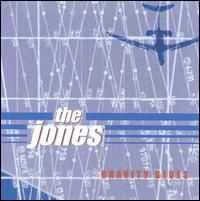 As part of Boss Tuneage's 25th anniversary celebrations, what better way to start than putting one of the finest albums we have ever released back into print?

And to make this reissue extra special we have licensed from Mother Stoat the FATTY JONES CDEP and STOKOE 7" that preceded it!

Basically then this 16 track masterpiece compiles all the recordings made by Dickie and Golly outside of the HDQ name, whilst featuring an acclaimed supporting cast across the three band incarnations who served their time in the likes of DUB WAR, THE ABS, HOOTON 3 CAR, RAN and more!

Also available as a stand alone CD version too

A1. Monotone
A2. Somebody Call Me A Doctor
A3. Volatile
A4. Black Hole
A5. Suffocated
A6. Wilton Road
A7. Huck
A8. Strongest

Plus CD in PVC Wallet with all tracks